All the animations during the convention

For the third time, The Flappers Burlesque show features a Burlesque revue at the Montreux Tattoo Convention! Since 2013, the FLappers Burlesque Show has had the opportunity to host the most prestigious Burlesque artists over the past 7 seasons. You can admire the “cream of the cream” of its kind! Come and dream with your eyes open during this show inspired by the magazines and cabarets from between two wars as well as the impertinence of the famous Flappers, these young women of crazy years, carefree and hungry for parties !!!
Artistic direction: Lilly Bulle 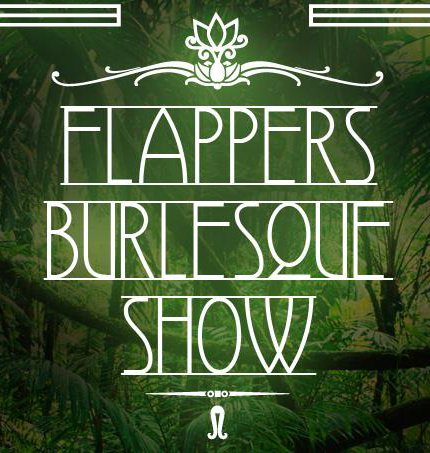 Essential reference of the European Burlesque, Sayuri Gei is based in Belgium. Dancer and Pin-up Model, she is a costume designer. This allowed him to develop an incredibly rich, spicy and colorful universe with feathers and glitter.
A successful producer, she is also the creator of Burlesque in High Heels, the Buxelle Burlesque Festival, and the Alice in Wonderland Show. 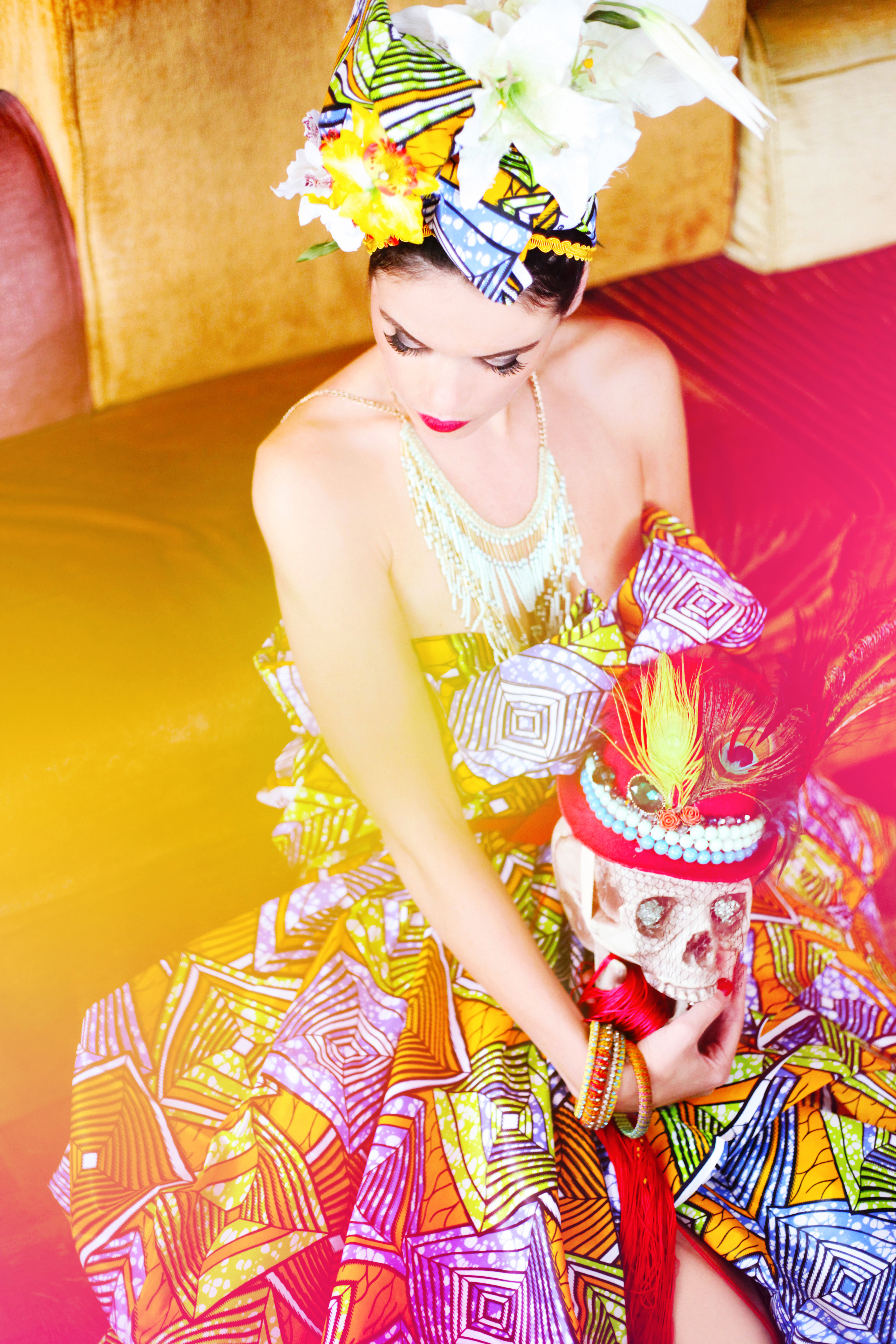 Chris Oh! is an international Kiwi Boylesque sensation. In 2018 saw him Headlining shows and festivals across three continents alone, exposing his glittered thighs and sparkling personality to all who have encountered him. With over 13 years of dance and performing arts experience, Chris Oh! Has take the world by storm, his most recent accolades include winning the Swiss Crown of Burlesque in Basel, Switzerland (2018) and the  ‘Most Dazzling Dancer’ at the most prestigious Burlesque Competition in the world, Burlesque Hall of Fame in Las Vegas  (2018). Among these, he has also been the recipient of Best Boylesque New Zealand (2017/18), King of the New Zealand Burlesque Festival (2017), Grand Prix Award for the Le Bisou Français Festival Paris (2017), was a semi-finalist on the TV show New Zealand’s Got Talent (2012), and was once Mr Gay World (2013). 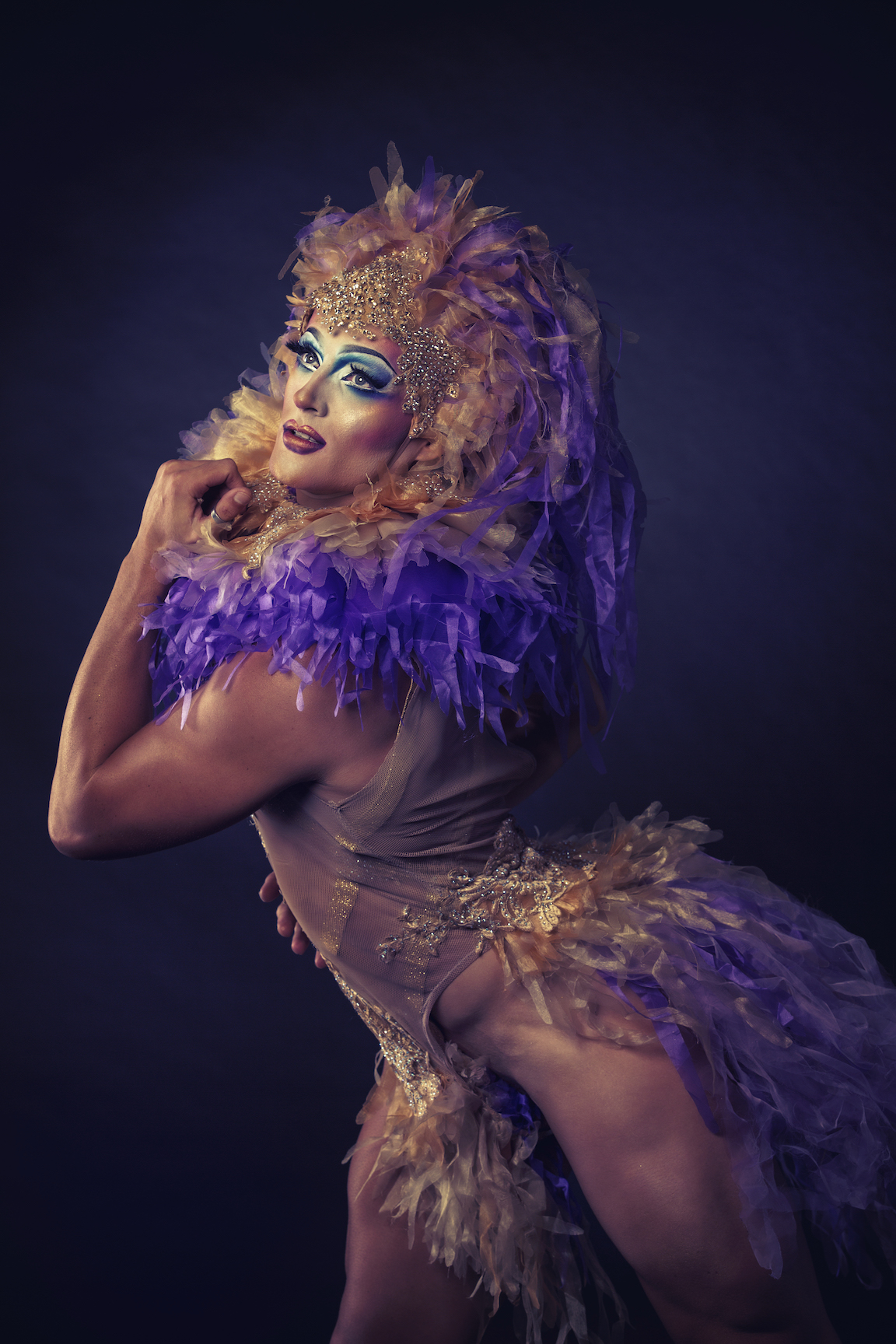 Beautiful to death, Lalla Morte is a reference of the scene Burlesque, Freak and Undergroud Parisienne. Iconoclast and esthete, Lalla knew since its beginnings to impose its brand out of the ordinary. A muse of the indi rock scene, she regularly tours Europe and the USA using her spikes and feathers on the boards for the delight of her enchanted audience.
(Photo credit Betty Klik) 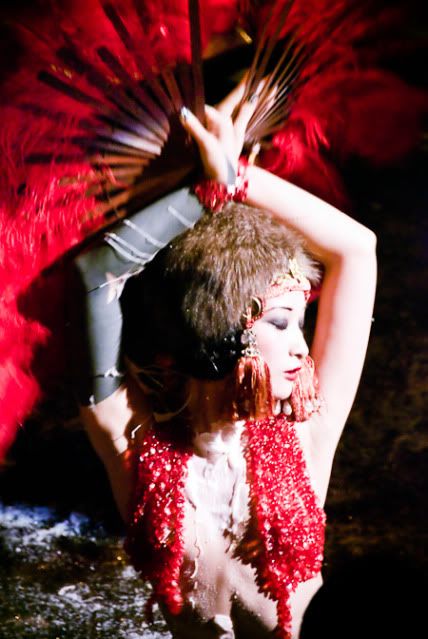 A handful of sequins, a pin-up body, an imaginative, fiery, explosive and offbeat universe, Miss Glitter Painkiller is one of the first French women to embark on a burlesque adventure. She won the award for the funniest performer at New York Burlesque in 2013 and was a finalist in the burlesque competition at Viva Las Vegas in 2017.
Among her incredible talent, she is also the producer of the famous “Glitter Fever” evening!
(Photo credit Eve Saint Ramon) 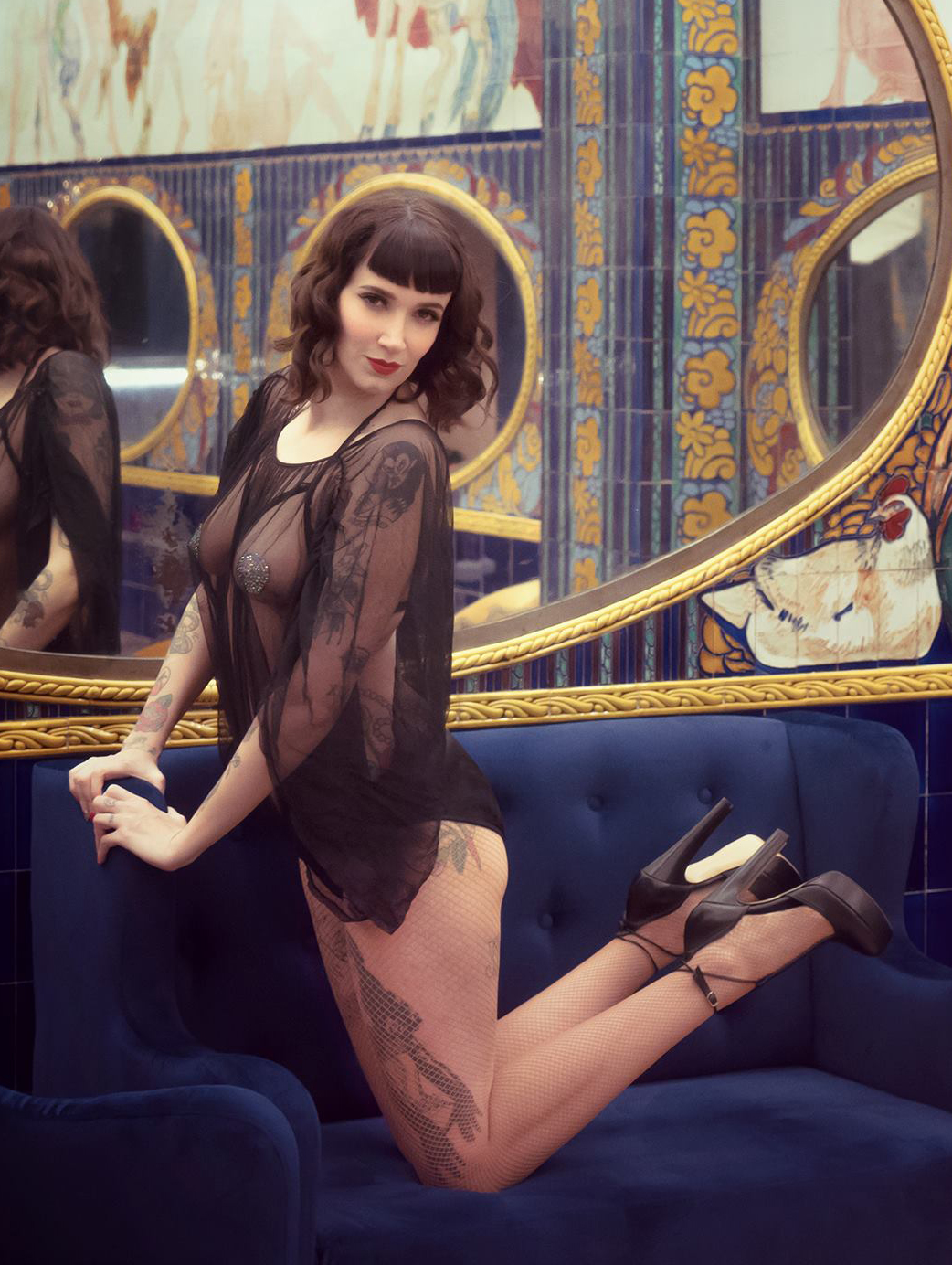 The machine is tattooed, burned, he smells aftershave and peppermint and his hipster is reminiscent of a certain Iggy! On the burlesque scene for more than 3 years, its fame grows at the same time as the heat rises in the halls! From Paris to New York via Lyon, Bordeaux, Nîmes or Clermont-Ferrand, San Diego and L.A! he works on both Barry White and Axel Bauer!
(Photo credit Nina Fractal) 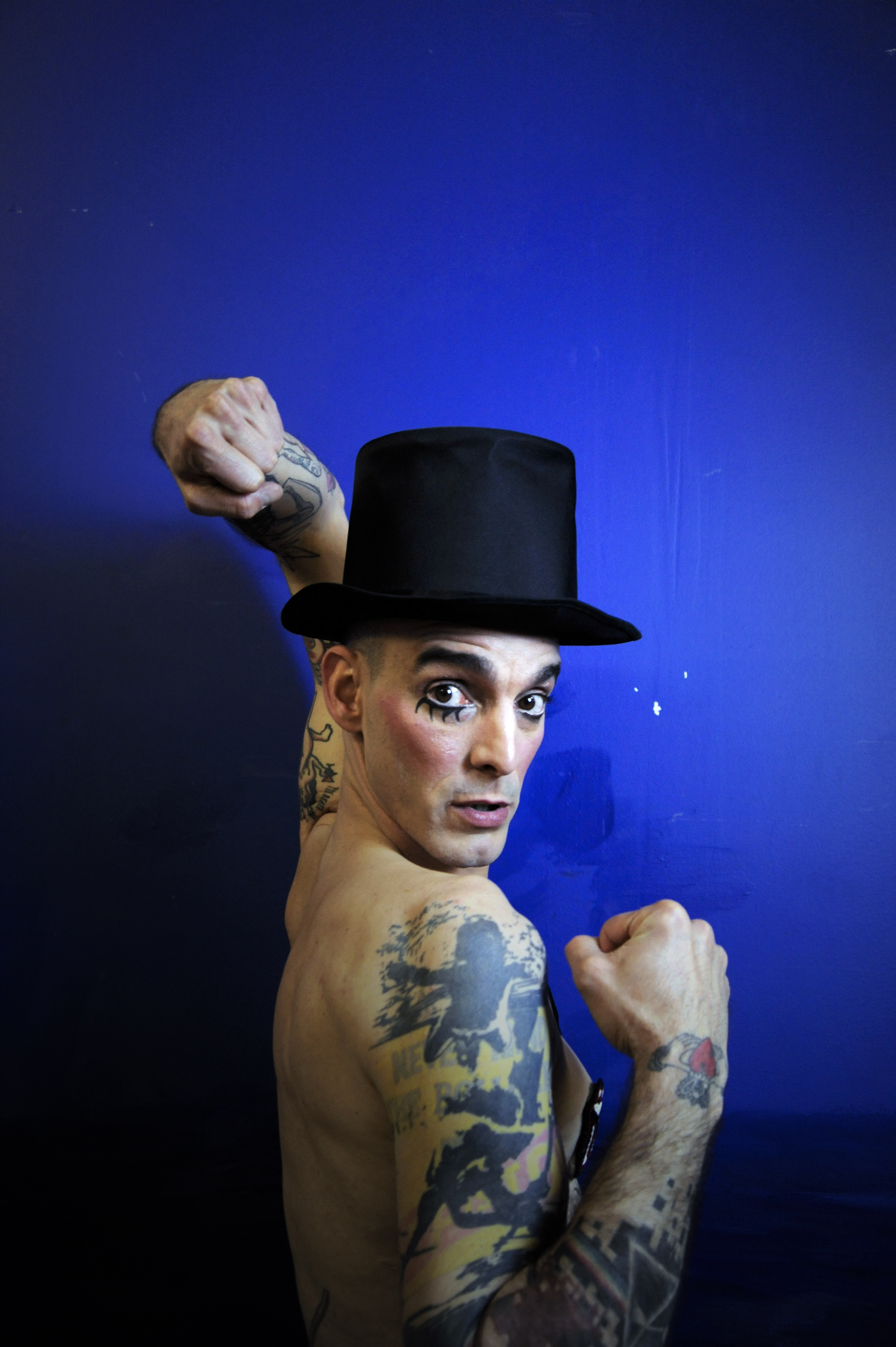 Sulfurous and sensual, the devilish Ava Lace will captivate you with its generous curves.
The sorcerer will welcome you with spicy and warmth in her lair. Be ready to succumb to its charm and beware!
(Photo credit Darkangel) 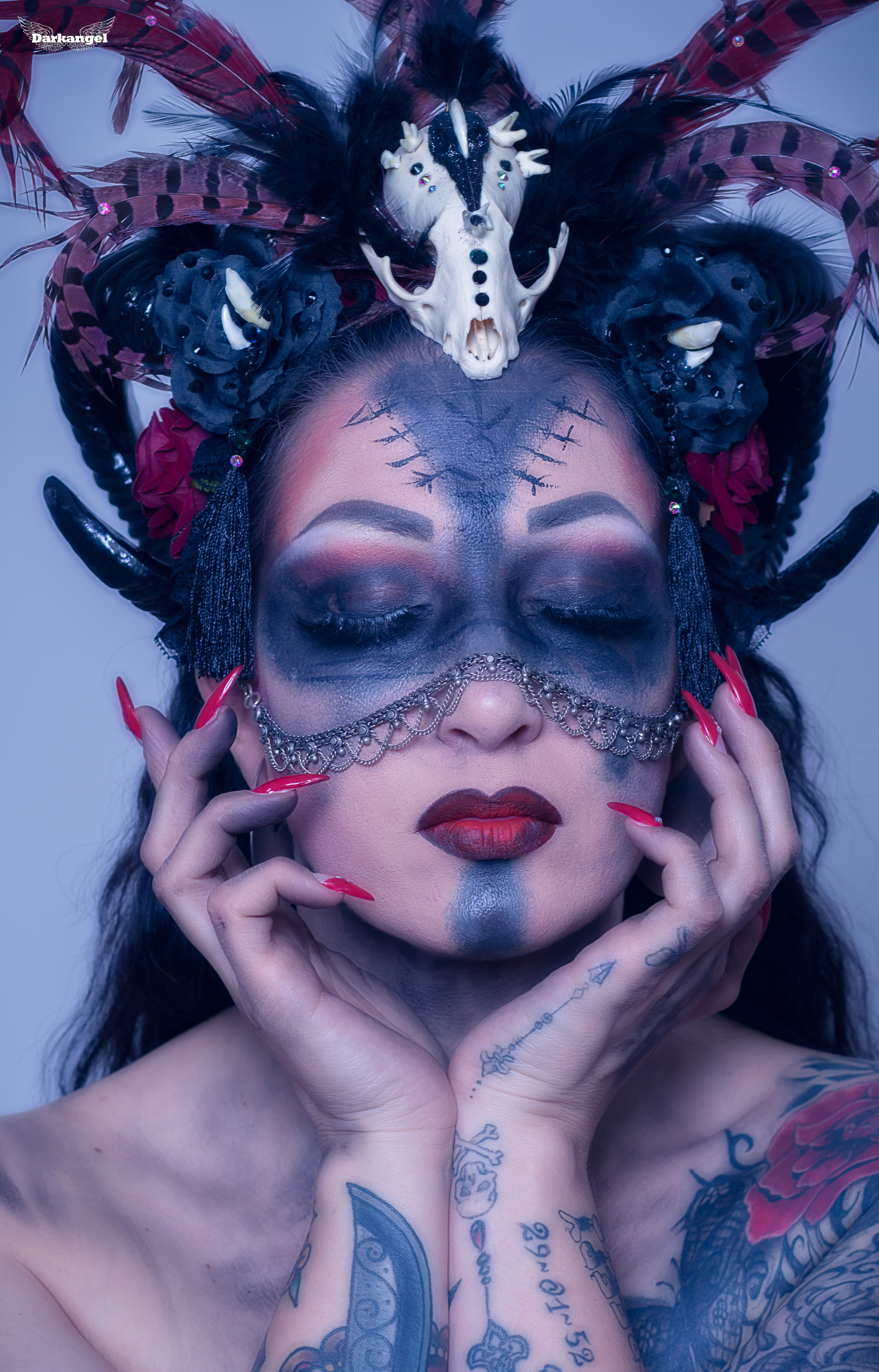 “Improbable”, as described by a stranger who for the first discovered this all-at-all good-for-nothing. Passionate and awkward curious, that providence makes cross with the adventure and that a feline chance draws from ubiquitous imbroglios. It is with all his heart, his guts and more if it is necessary, that he will devote himself under the boards, to guide you during the most beautiful shows Burlesques!
(Photo credit Morgane Raposo) 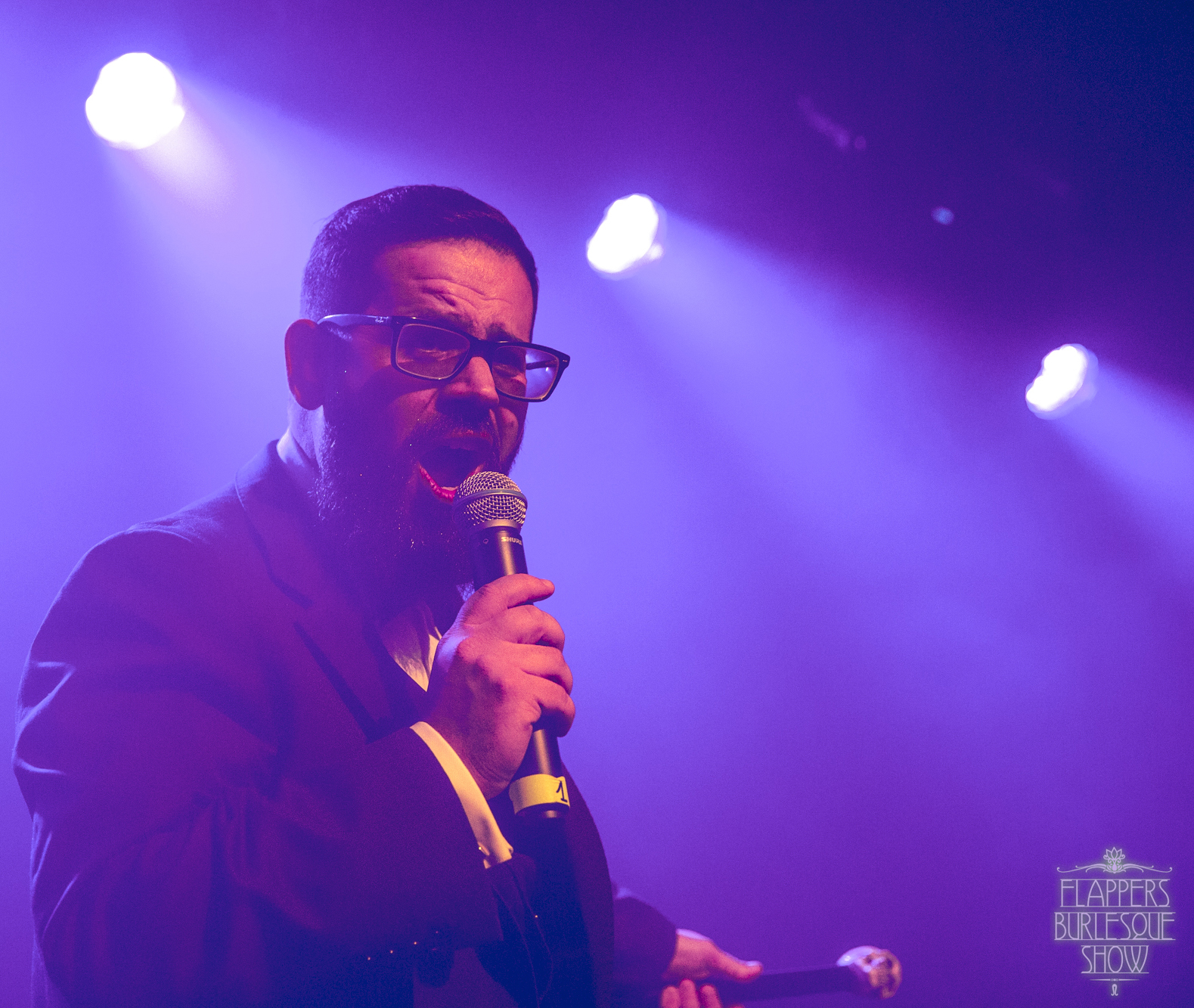 Risking life and limb in the name of entertainment is just another day in the office for Johnny Strange. This English born performer traveled the length and breadth of Britain perfecting his art form before touring his show extensively throughout the rest of the world.

A natural born performer, Johnny Strange mastered some of the most daring acts brought to the stage. He has performed in 20+ countries around the world, entertained live on TV and and has been credited to many world first’s. Along with a plethora of Guinness World Records he has also earned the nickname, “The man with ears of steel”.

A regular at festivals, fairs, conventions, corporate parties and cabaret events Johnny Strange amazes audiences with death defying acts of precision and skill once thought impossible – from the ancient art of sword swallowing to dangerous chainsaw juggling. From whip cracking to astounding feats of speed and much, much more.

Famed for his innovative stunts and stylish live performances Johnny takes his audience on a whirl wind of emotions from jaw dropping tension to side splitting comedy, and right back again.

Prepare yourself for one of the most thrilling shows you are ever likely to see! 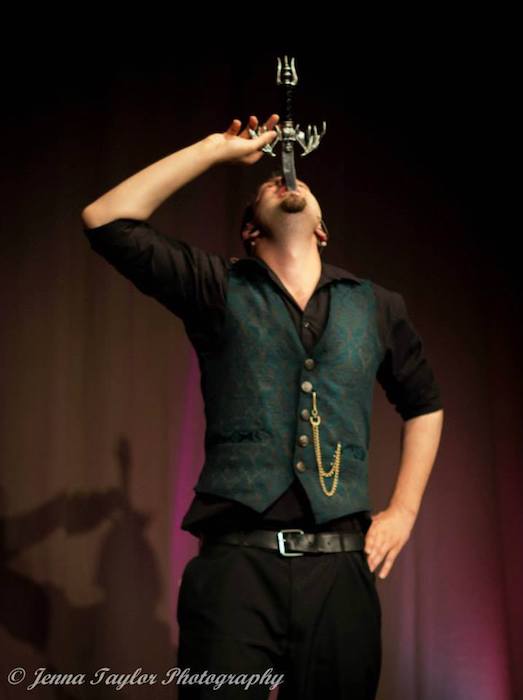 Katie Trickett is a unique sideshow specialist who shocks and delights audiences with her dynamic and dangerous skills. She has almost a decade of performing experience in over 15 countries and is one of only a handful of ‘Enterologists’ in the world. Trickett provides high quality entertainment in her action packed shows, they’re family friendly yet heart stopping, jaw dropping and daring with a cheeky twist- there’s something for everyone! 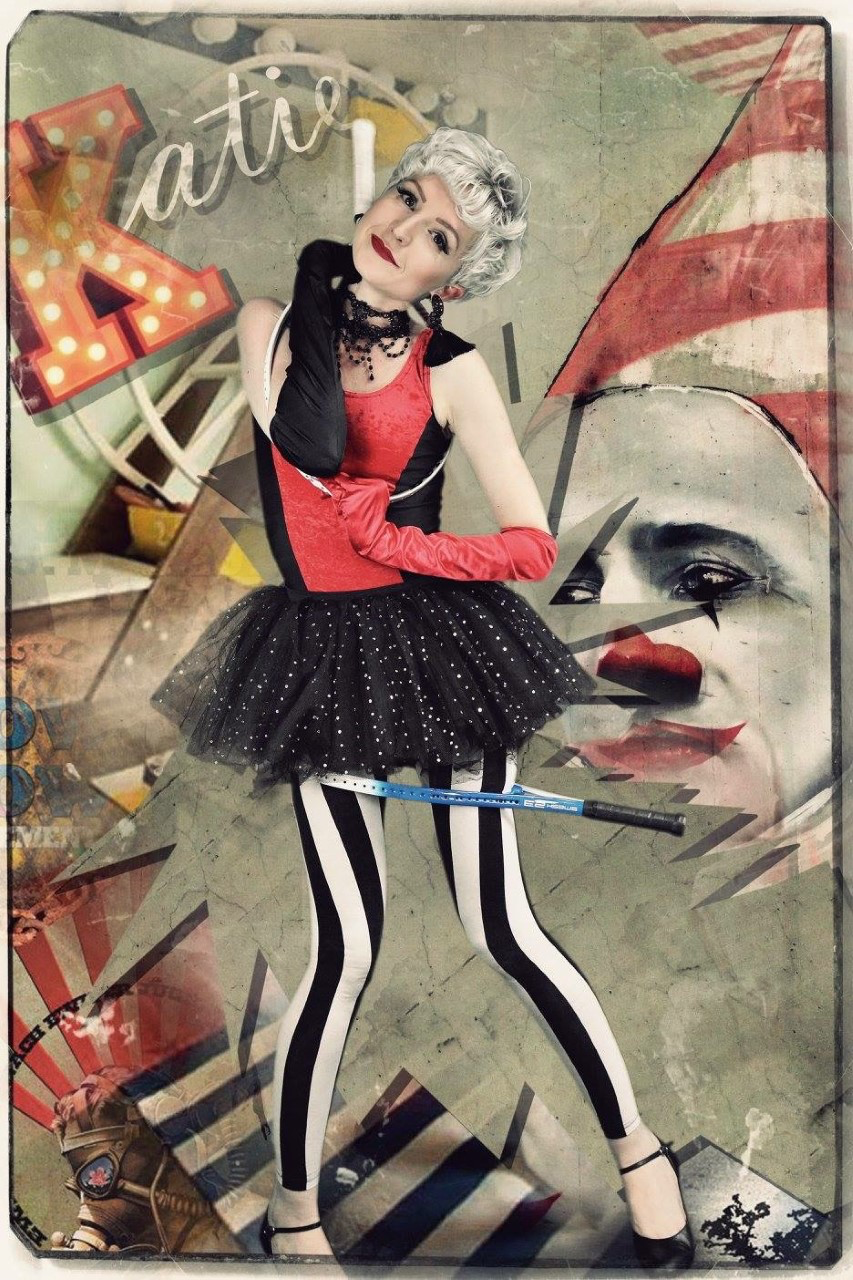 Arielle Firecracker is one of the UK’s leading burlesque performers with a collection of stunning acts and booty to match! Her beautiful costumes, elegance and a touch of sass make this pocket rocket a delight to watch. She’s performed all over the UK and even directs her own sell out burlesque show “Glitz, Glamour and Grit”. 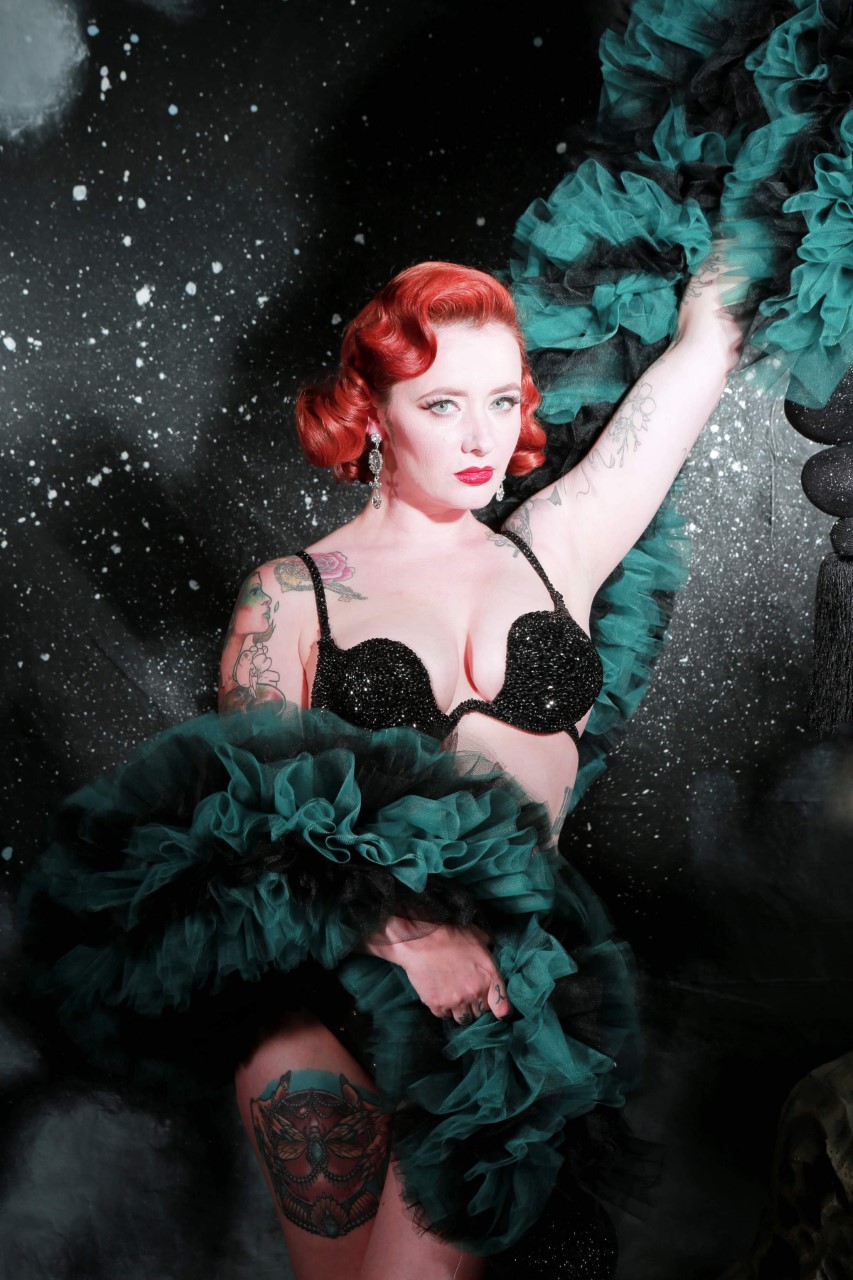 From France, Fred Kyrel developing for several years a new form of fashion design: the Fashion Shibari. He specializes in creating clothing, using techniques Shibari and colored hemp ropes, offering a dominant fashion, ephemeral, customized and unique in its games rope allowing it to become a world reference in art artistic weaving (last creations with Nicki Minaj and his dancers for the Bilboards Music Awards open show).

He will be present throughout the convention to present live performances with many models.

Discover in preview his work on www.fredkyrel.com 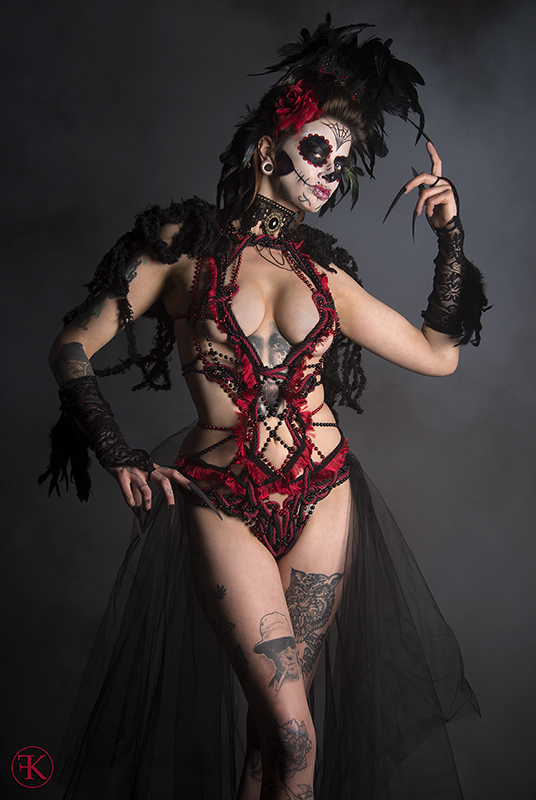 At the age of 7, Rodolfo Reyes began with his daily training. When he was 17 years old he performed his act “Master of Head Balance” on stage for the first time.

Many appearances around Europe and Wordwide followed, including TV Shows like “The Paul Daniel`s Show” – BBC London and “Serata d’Onore” – Rai Milano.

His unbelievable body control has enabled him to work sucessfully in the most famous Theaters and Music Halls in the World.

Prizes and Awards: Jury Prize at Circus Festival in Paris. Artist of the Year in Germany.

Rodolfo is the remaining “Guiness World Record Holder” in one-hand hopping with a record of 10 meters in 12,64 seconds. This world record was seen in Germany on ZDF, Pro7 and RTL. 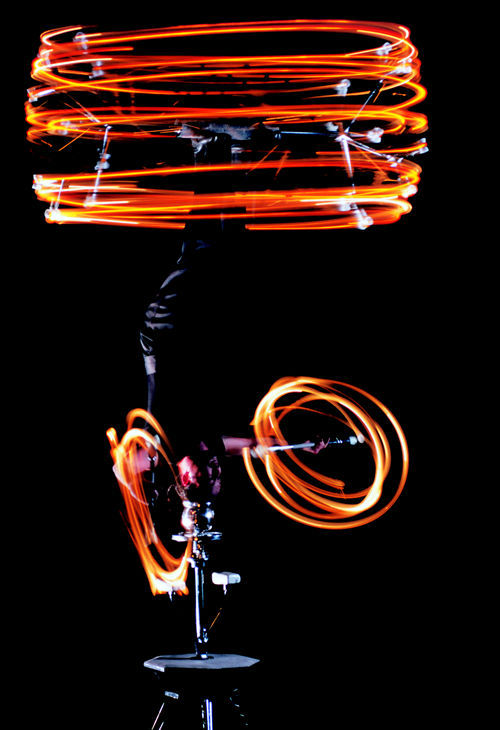 After completing theatrical studies in ballet, jazz and tap dance at the “Doreen Bird College” in London, Terisa began to choreograph her act “Circles in Motion”

For many years and with much success, Terisa has performed her original act of dance with hoop acrobatics worldwide. These venues include the Impact Arena, Bankok, the Sunrise Center in Hong Kong and various TV appearances. Terisa was a guest on the “Aloah die Südsee Show” – Sat 1 with Hugo Egon Balder. 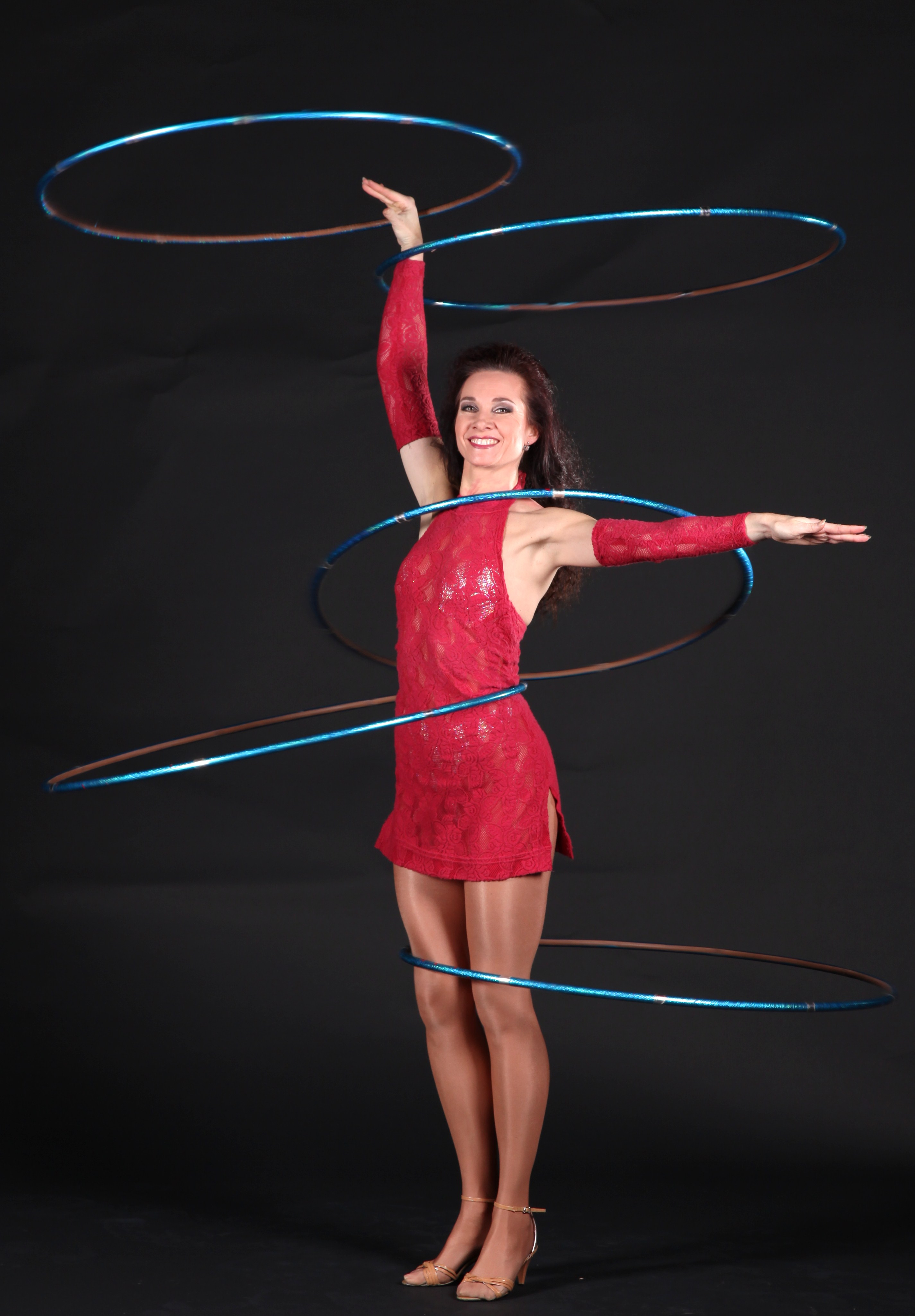